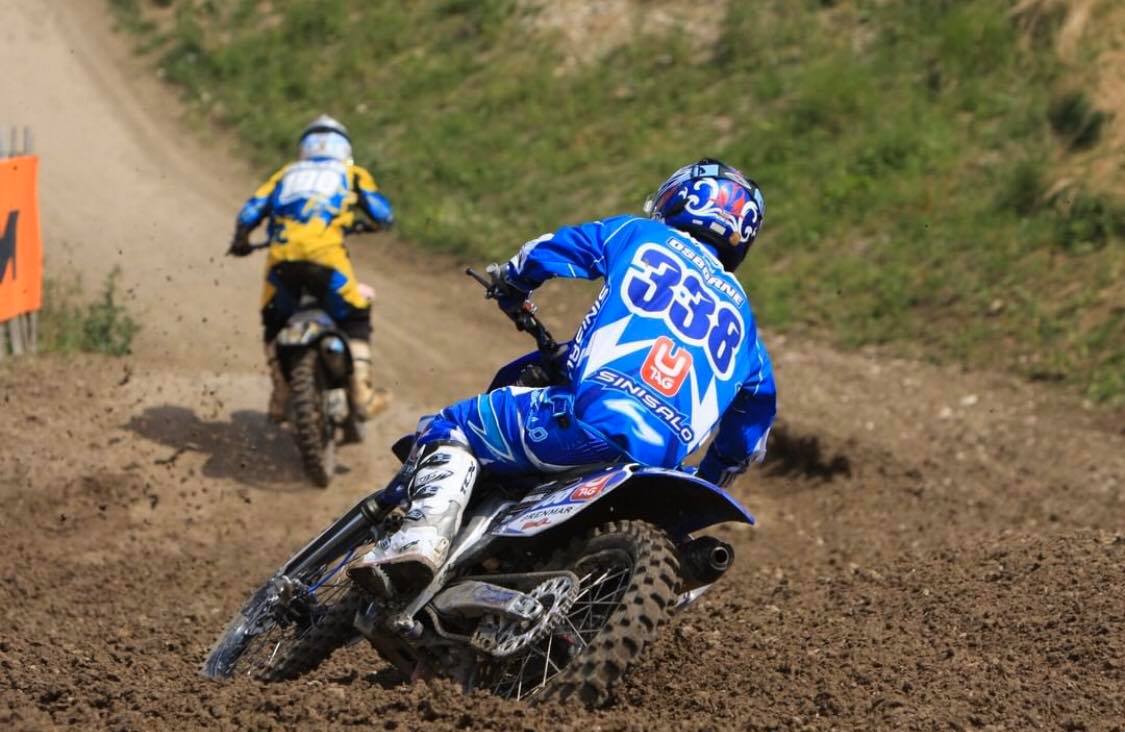 Trying to create the best definitive list of the worlds greatest motocross riders of all time is extremely difficult, although we’ve decided to tackle it through their championship wins and accolades in motocross.

We have taken into consideration factor such as riders who have been out due to injury, or in certain circumstance have retired due to a significant injuries. In addition to that, this method does not consider those who may of achieved success in different disciplines.

Although, despite that, there is a wide range of riding styles to consider. Each rider in this list has brought greatness to the sport and is someones hero.

Number one, without a doubt is the legendary Ricky Carmichael. He may have had some inconsistency in his careers, although he has been known for his commitment to preparation and fitness.

He’s an American motocross rider from Florida, he’s by far the most physically fit and hard-working rider of his time. He’s dominated the X-Games and been a fierce competitor in AMA Motocross and AMA Supercross.

Ultimately, Ricky’s achievements are unrivaled and hes done so much for the sport of Motocross. He’s definitely considered to be a legend in the community and his passion has taken him to pursue other extreme sports avenues such as NASCAR.

James ‘Bubba Stewart is by far one of the greatest motocross riders out there, as he entered his first race at age 4 and racket up 84 national wins by the age of 16! He was introduced to motocross at a young age, through his father, who gave him his nickname ‘bubba’.

He’s been dubbed as ‘the fastest man on the planet’, plus he’s the only other rider ever to match Ricky Carmichael’s race record, of winning every race in a season. Moreover he’s one of the sports top earners, at earning an estimated $10 million through endorsement deals, such as GoPro and Nike.

Overall, James ‘bubba’ Stewart is a legend in motocross, who’s overall professional career wins are unrivalled. He even was the first motocross rider to have their own TV show, called ‘Bubba’s World’.

One of the best motocross riders, but without a doubt the best European rider, is Stefan Everts. This is because he has dominated the European circuit with over 10 world championship wins and he is the only single rider to become World Champion with all four Japanese motocross manufacturers.

Stefan Everts is from Belgium and is the son of infamous motocross rider Harry Everts. He has since retired from motocross since 2006,  then became motocross race director for the factory team of KTM.

Overall Stefan Evert’s success if unrivalled, especially among European riders. He followed his father’s food steps and has made motocross history.

One person we cannot forget, was the king of the 90’s is Jeremy McGarth. He dominated this era of motocross and supercross, plus was a formidable rider with many world titles to his name.

He had an undeniable skill set, that he was consistent with and was extremely competitive in many different disciplines of motorcycle racing.

Overall, you could not talk about the 1990’s in motocross without mentioning Jeremy McGarth’s name. He set a new precedence in terms of dominating the competition at the time. Furthermore, between the times of 1993 and 2000, is now known as the “McGrath Era.”

A sure legend to include in our list is Bob ‘Hurricane’ Hannah, as he’s an icon in the sport of motocross who has won 7 Motocross Championships. In his time, he was known to be brash and be a very outspoken individual, which gave him his nickname of ‘Hurricane’.

Bob Hannah was such a legend in the sport, that he has inducted into the Motorsports Hall of Fame of America in 2000 and also the AMA Motorcycle Hall of Fame in 1999.

Ultimately Bob Hannah has left a huge legacy of being fierce competition. So much so, that he was the forefront of a driving force of American motocross riders that were taking over the dominant European riders.

Another fierce Belgian that should be mentioned is Joël Smets, who is another legendary racing from 1990’s. This is even more impressive, when you come to learn that he began motocross at the age of 17.

Joël Smets, similar to Stefan Everts, won Belgian Sportsman of the year in 2000. In addition to that, he continues to be Racing Sports Director for KTM team.

Joël Smets is a legendary racer, who should be highly regarded. His parents nicknamed him the ‘Flemish Lion’, which is fairly suiting considering his contributions to the sport!

Chad Reed is Australia’s most notable and successful motocross rider, by a long shot who is the record holder for the most main event starts in AMA Supercross history. He had 228 starts as of 2018 and his career has sprawled for over 20 years!

He by far has been the most consistent rider between the years of 2000 and 2009, plus has grown to be Australia’s most loved sportsman as he’s one of the biggest legends in motocross history.

Overall Chad Reed is a legend in the sport of motocross, Australia’s motocross king. In 2018 he won  the world record for the most career wins for ‘Monster Energy Supercross’ main event starts.

One person that we have to mention, who’s taken motocross to a new level of mainstream, is Travis Pastrana. He’s not just a competitor, but also a stunt performer and has won numerous medals in the X-Games.

He also has his television show, Nitro Circus, where he partakes in motocross stunts and has since gone on a world-tour!

Overall, you can owe a lot of credit to Travis for raising the profile of motocross as a sport in the 2000’s. He’s a record breaker, media mogul and an exceptional racer who has a place on our list.

Heikki Mikkola, also known as the ‘Flying Fin’, is not far behind, as he’s a legend for the 1960/1970 era who won four world championship titles. He was highly regarded among his competitors, as he made short work of his competition through his aggressive riding style.

Moreover, the 1974 season was a highlight of his career, whereby he got into a battle rivalry with Roger DeCoster, this is remembered as one of the toughest battles of motocross history.

Overall, he may not be a very famous name today, but back in his day in the 1970’s, Heikkie was a world renowned legend in motocross.

A final honourable mention is Ryan Villopoto, who has won races consistently across all race-classes. He was forced into early retirement, due to his injuries, but no doubt won 157 races across all classes.

He’s a four-time supercross and three-time motocross championship winner, he’s from Washington and raced his entire career for Kawasaki.

Ultimately Ryan Villopoto’s career has been nothing but outstanding and fully deserves a spot on our list. Although his career was cut short due to injury, he still is a top tier motocross rider that has had a huge impact on the sport.

Overall, these are the best motocross riders of all time in our opinion. However you opinion may differ, leave your thoughts in the comments below and share it with your friends!