Is BMX An Olympic Sport? 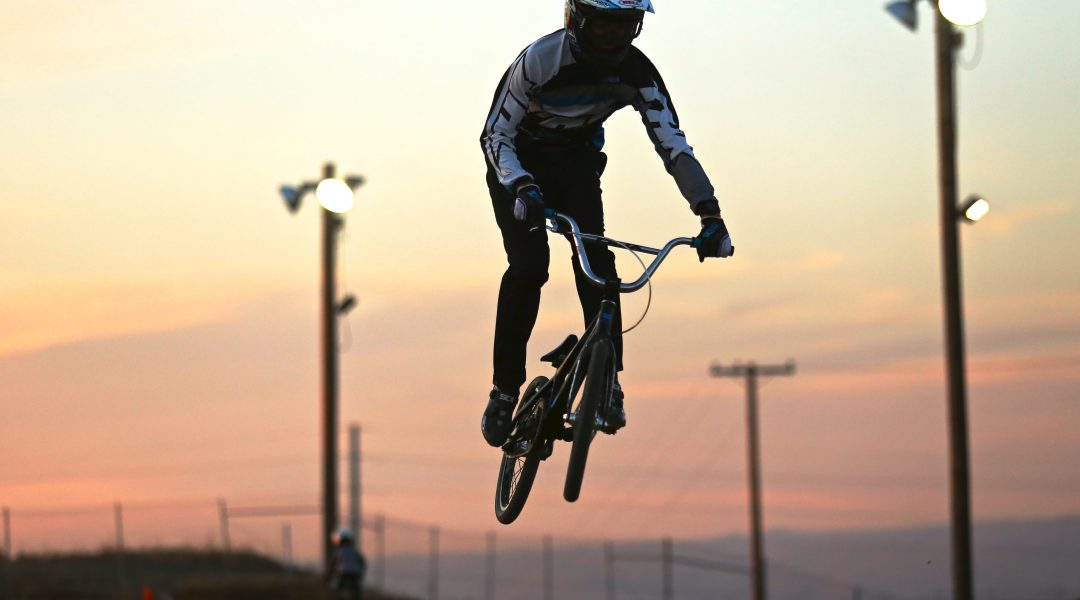 BMX made its Olympic debut at the 2008 Beijing Olympic Games, with BMX track racing. In the Tokyo 2021 Olympics, they plan to introduce a BMX freestyle event too.

BMX stands for bicycle motocross and it began in the early 1960’s in Southern California. In this era of extreme sports, motocross was hugely popular.

Ultimately, motocross was a huge inspiration for the pedal based version of the sport. BMX is a rapidly developing sport with its own identity and has more in common with cycling now.

BMX Takes Over The Globe

Due to BMX being a relatively inexpensive sport for entry and along with it being action packed, it became a huge hit on the West Coast of the USA. BMXing became greatly popular and took the states by storm, with teenagers making self-built tracks to race on and even dressed in similar motocross gear to imitate motocross riders.

At the start of the 1970’s, a sanctioning body for BMX had been founded in USA. This leads a lot of people to believe when the sport became official, so is seen as the ‘start’ of BMX racing. It later became official in other regions of the world such as Europe in 1978.

The sport became more prominent in 1981, as the ‘International BMX Federation‘ was created. Moreover, the first worldwide championships were actually held the year after in 1982!

After its infant growth years, BMX’s popularity had developed momentum that it became associated more with bicycles, rather than its motocross inspiration. This then lead to BMX being integrated into the ‘Union Cycliste Internationale‘ in 1993.

Finally in 2008, BMX reach its final and most prestigious stage of becoming a sport, by debuting at the Beijing Olympic Games.

In the 2008 Beijing Olympic Games, BMX made its debut on the Olympic roster. The first male winner of an Olympic BMX gold medal was Maris Strombergs, along with the first female BMX gold medallist being Anne-Caroline Chausson.

BMX Supercross Racing is currently apart of the Olympic programme and its one of the most exciting events out there! The Olympic BMX Racing event consists of 8 BMX riders who compete on tracks with tight bends, obstacles and jumps to contend with.

The first Olympic event was held in Beijing at the Laoshan Velodrome track, which had a track distance of 370M for men and 350M for women. The ramps that the BMX riders launch themselves from is eight metre high ramp and jumps can launch riders up to five metres high in the race!

The Olympic BMX racing event consists of 24 competitors for both men and women events. Six riders will compete in four rounds, over three rounds. Then the top 16 racers shall proceed towards the semi final. After they have battled it out on the track, the remaining top eight BMX racers will be competing in the final for bronze, silver or gold.

There are plans to expand the BMX sport in the Olympic arena for the Tokyo Olympic Games with a Freestyle BMX event. In 2018 USA cycling began creating its first ever USA Freestyle BMX National Team, so that they could qualify for the 2020 Tokyo Games.

Later on in 2018, the Olympic Committee began establishing the rules around a BMX Freestyle event. These BMX freestyle events will be both for men and women and held for the first time at the Tokyo Olympic Games.

The BMX Freestyle event will allow athletes to compete in a park course, where they can use rails, ramps and other obstacles. They will have 60 second rounds in order to then displace their skill set and creativity.