RidersVibe is reader-supported. We may earn commission on sales via our links at no extra cost to you. View policies. 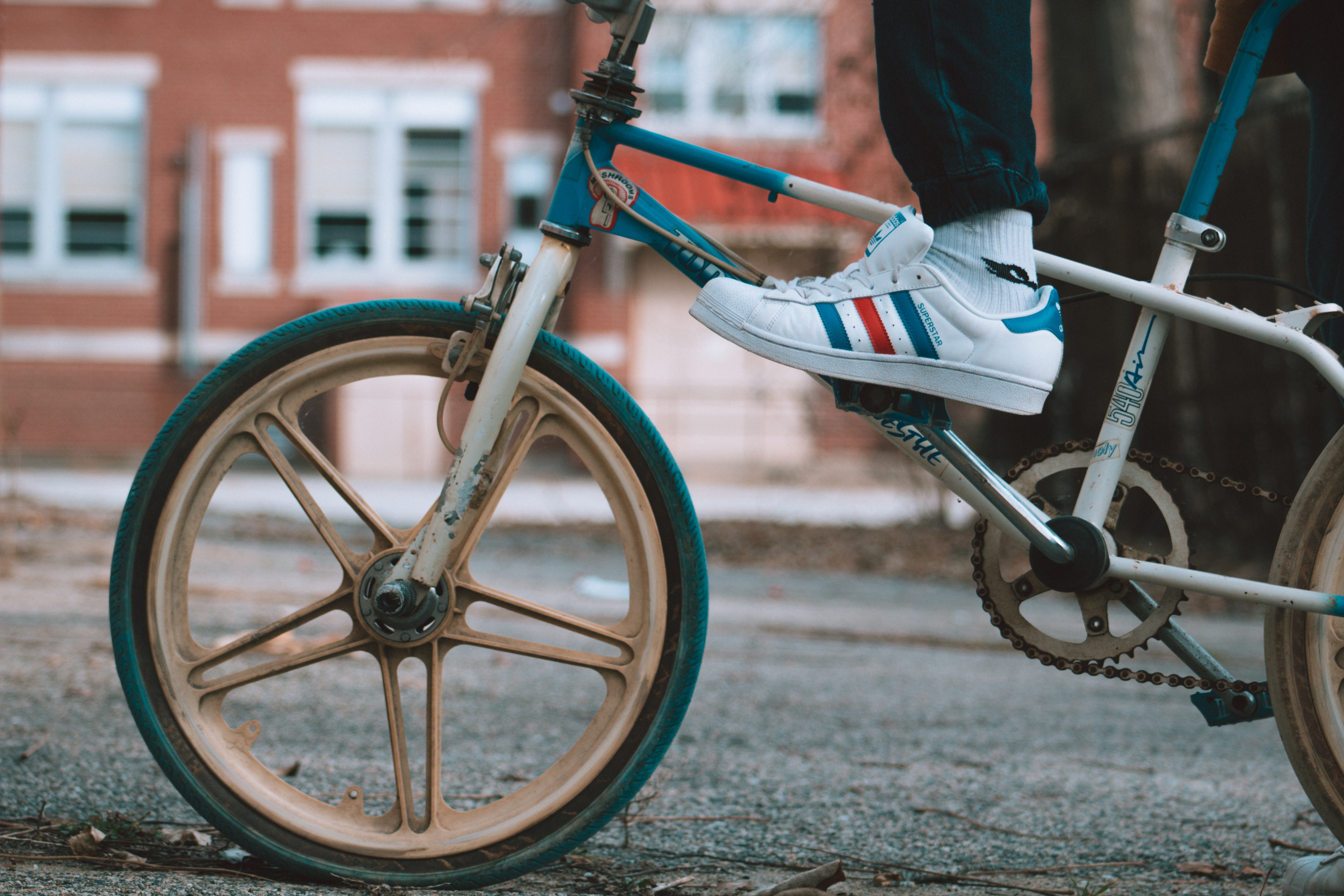 All BMX bikes start off with a frame, there are three main types; classic BMX which is a great choice if you chose to decide to preform regular tricks, a jumper BMX is the best bike for dirt/vert riding where you get serious air on ramps and finally a freestyle BMX where you can perform flatland.

The best BMX frame is the Eastern Grim Reaper as they it is offered in 2 different sizes for your preference of riding as well as being one of the lightest frames at only 4.75lbs with a great design on it.

Important considerations would be the weight of the frame, as an aluminium frame would be a lightweight option more preferable to preform tricks, although most BMX frames are made from steel which is light enough to manage and rigorous enough to take crashes onto the ground without damaging its structural integrity.

The more budget frames are usually produced from hi-tensile steel, which would be tough enough to take the punishment from the more novice riders and can often be a little heavier compared to the more lighter pro orientated carbon fibre/aluminium BMX frames where lightness is key for speed and improved ability.

Below is a list of all of the best BMX frames along with their features.

Eastern Bikes are a reputable brand for producing solid and rigid BMX frames. This is their Eastern Repeater frame, which is fairly popular in the market at this time as it’s produced with Full 4130 Japanese Chromoly construction making it incredibly lightweight however, it is rigid as it has heat-treated head tube, dropouts and extra-thick butted down tube making it very dependable amongst competitors.

The whole frame only weighs 5.3lbs which is very lightweight for a BMX frame which puts the frame high up on the recommended list for an average BMX rider’s frame choice.

A further benefit of this frame as well is that it comes in two sizes (as seen above and below). It firstly comes in a 20.69” size which is beneficial for riders choosing  to have a preference over flatland, street  riding where as for the rider who is more interested in getting big air at the skate park or dirt jump track they should preferably chose the 21.169” frame instead as it frees more space for them.

Continuing, it has a helix down tube with ribs inside all of the tubing such as the top tube so that it prevents denting and allows the frame to yield a higher strength-to-weight ratio.

To further improve the structural integrity of the frame, the Grim Reaper is bonded with the E3 welding process which ensures its strength. It also has classic EB cut-outs that give it a similar style to the original Grim Reapers, however it’s been brought to life with updated features like a heat-treated wide bottom bracket and a sleek Spy Clamp.

Finally similar to the other Eastern frame (Repeater), the Grim Reaper also comes in two separate sizes for different types of riders. For instance the 20.75” frame is more suited towards the street/flatland riders as it has more space to preform flatland tricks, whereas the 21” frame is suited for those who are skate park/dirt track riders.

Overall it would be recommended for more experienced riders to choose this Eastern Grim Reaper BMX frame over the other Repeater frame as it offers benefits such as a lighter and tougher frame to enable the rider to benefit from increased control and balance.

The final Eastern Bike BMX frame on this recommended list is the Eastern Fulcrum frame, which is the Eastern frame which is more targeted towards beginner/average skilled BMX rider.

The Eastern Fulcrum is produced from a Full 4130 Japanese Chromoly construction which makes it extremely rigid in a fine black gloss finish.

It comes as a pretty lightweight BMX frame for a beginners BMX as it only weighs in at 5.1lbs, perfect for any rider really, light enough to have great balance and control.

The BMX frame is 21.169”, which makes it more suited towards skate park/dirt track riding, however it would still be suitable enough for street riding as well, it’s a perfect bike for a novice to try all areas of BMXing.

The SE PK Ripper Elite 20” BMX frame is a highly recommended frame for those who are keen on dirt tracks/racing as this BMX frame was used by Olympic medallist Donny Robinson.

The SE PK Ripper Elite frame is finished in high polish silver with incredible structural integrity. This is because it has an internally machined head tube along with a direct weld that stays to ensure power is transferred to the rear of the frame.

Another huge benefit it has over its competitors in its market is that it’s extremely lightweight for a 20” frame BMX frame as it only weighs 3.3lbs, this makes it agile and easy to control at speed, overall making it a great bike for any experience BMX rider at dirt track or racing style of riding.

Trying to find the perfect frame can be difficult when building a BMX bike. There are many factors that can play a huge role in deciding which is the most suitable frame such as colors/designs, weight and frame size.

Although by taking these factors into consideration it can at least help you into making a suitable decision for your BMX frame choice decision.

An important factor to consider when purchasing a new BMX frame is the weight, because having a lighter frame enables the rider to preform better and have better control over their BMX which leads to higher ‘bunny hops’ and easier manuals.

For street and ramp typically the most common BMX frame size is a 21” top tube, this allows riders to have room so that they can swing the BMX beneath them.

On the other hand for a flatland rider and regular BMX rider it may be more beneficial to ride a BMX with a frame size of 20” of shorter for more precise control and easier balance whilst riding.

Overall there are a number of BMX frames out there however not having the correct preferences can make your riding experience uncomfortable and difficult, furthermore its vital that you ensure the frame is the correct size for your style of riding!