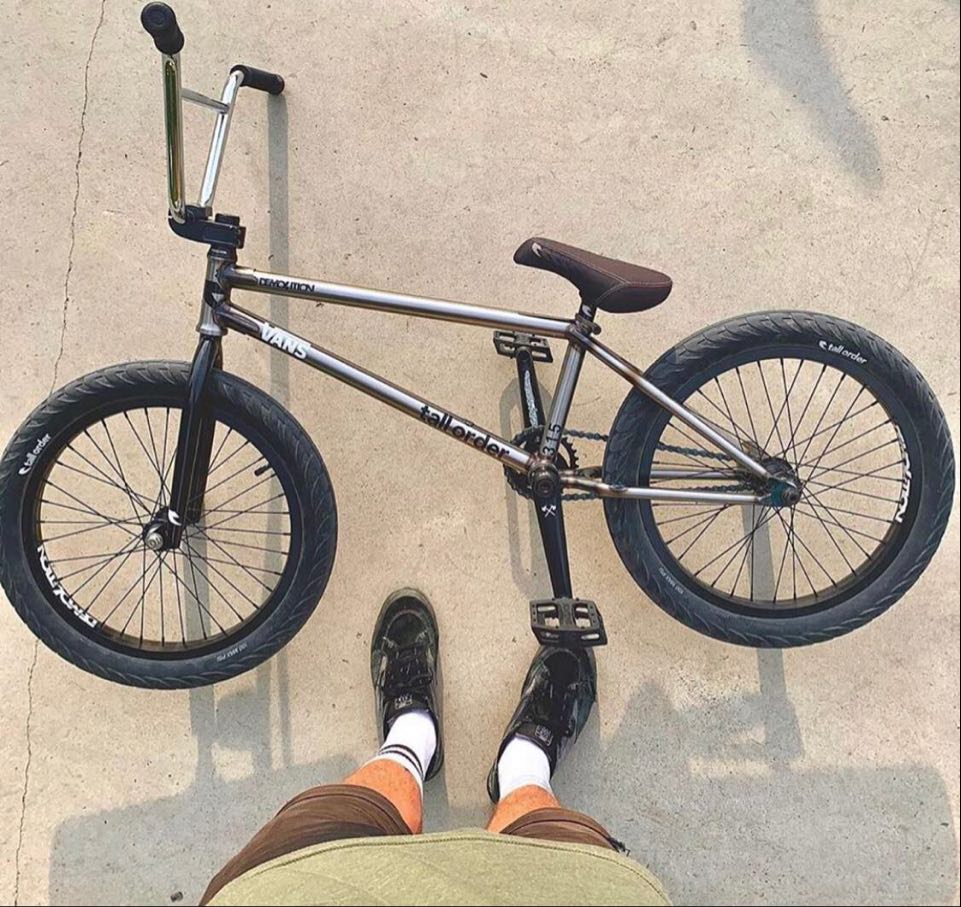 The best BMX YouTube channels can be challenging to find online! There are a huge amount of videos posted everyday, so its hard find the best ones!

So we’ve created a list of the best and most popular BMX YouTubers, that produce the most creative videos out there! These are both riders from the UK and USA too.

This ‘Best BMX YouTube Channels’ list isn’t solely based on one viewpoint, its consider varied opinions from other BMX forums and from who’s gain the largest amount of subscribers and views.

The Best BMX YouTube Channel is Ryan Taylor’s channel, as he is an awesome BMX rider from the UK, that has moved to USA. He has developed a big following and has gained this through his input with video segments in Dave Mirra’s warehouse.

He has an awesome riding style with impressive transfers, trick combinations and some massive tricks. It could be argued that at one point he was a top contender in the UK as the best park rider.

Since winning contests back in 2010 such as in BMX Worlds, Spine Mini-Contest and Super Ramp Finals, he has been working with sponsors to develop his riding brand. This includes creating the ‘Tiny Taylor Rocker BMX’.

He has been creating content on YouTube since 2012, which include challenges, edits and bike checks. More recently here has been producing entertaining daily vlogs, where he has introduced different interests such as cars.

Boqer123, otherwise known as Josh James is one of my favourites by a long way as I’ve been watching him and his collective for a good ten years almost. They have been produced relaxed and group style videos, which if you’re from the UK are hilarious.

Furthermore, Josh created an awesome clothing brand as well which you can find here. Unlike other YouTuber brands where they just have a single t-shirt design and call themselves a clothing brand, Boqer123 has been creating super high quality clothing for years now that is aimed at the BMX niche.

Boqer123 has a very loyal following and have done notable collaborations with other YouTubers such as Adam LZ and Adam Ivell. At the start, they were producing solely BMX ‘webisodes’, which can be argued for being the standard for BMX YouTubers, but more recently they have focused their attention to cars too.

One of most popular BMX YouTube Channel’s is Scotty Cranmer, who gained early success from the early 2000’s wining X-Games medals and he became tied with most X-Games BMX park medals won with Dave Mirra.

You may of heard of his accident back in 2016 were he suffered a horrific fall at high-speeds. This resulted in serious spinal injuries, also along with a large portion of his skull being removed to ease pressure.

Fortunately he has been making an incredible recovery which is also documented on his BMX YouTube Channel. He still is producing impressive and interesting content with his world-class riding friends. Similar to other YouTube channels mentioned, they are also in Vlog format and make for a great way to pass time.

One of my favourite BMX riders on YouTube at the moment is Billy Perry! This is because of his early riding videos in the city, which have granted him early sponsorship from big brands such as Demolition and Volume.

Similar to Boqer123, Billy Perry started his own BMX apparel brand, where they produced a huge range of clothing. He films awesome styles of video, in a unique format, as well as vlogs videos.

Billy visits amazing places and has a sense of adventure, exploring areas on his BMX, so would 100% watching his videos!

One of the most impressive UK BMX riders that I’ve accidentally stumbled upon, is Harry Main! This is because of his incredible skill set and arsenal of tricks that he has in his back pocket.

He’s been sponsored by some of the largest brands in the BMX industry, such as Skullcandy, Monster, Vans and Mafia Bikes(which we featured on some of our articles).

His channels consists of viral videos such as his ‘Harrymania’ videos which are incredible, check them out for yourself here. In addition to that he vlogs, but all of his videos are bicycle orientated thankfully. If you’re interested in the daily life of a world class rider, you should 100% check him out!

An awesome BMX YouTube channel to check out is the Red Bull Bike YouTube. This is because they have a huge video archive of sponsored riders and sponsored events that they have put up.

Moreover, it is well maintained and updated frequently so there is always content to watch. Moreover they have a mobile app and website as other platforms for their videos.

Similar to Adam LZ and Boqer123, Spencer Foresman produces a high quality vlog series, he was originally apart of the Adam LZ BMX group before his channel  changed to primarily cars.

His style is more webisode/vlog based, but they are some of the best produced ones out there currently. He tends to spend a lot if tume at Camp Woodward, if you’re interested in big skate parks too.

Another YouTube who produces awesome adventure and BMX films is Nigel Sylvester with his ‘GO’ series, which is incredibly popular. His video editing is unrivalled among this list too.

In these videos he travels through many cities, where he also partakes in other activities too, as well BMX riding. So if you love travel and BMXing, he perfectly blends the two together to make awesome YouTube Videos!

Ryan Williams, also known as ‘R-Willy’ is an awesome BMX rider from Australia. He gained attention from Travis Pastrana through his viral hit and then was invited to the Nitro Circus crew.

He’s acheived many accomplishments whilst being on the team such as the first triple scooter back flip and triple BMX front flip. Ryan’s YouTube channel gives you a great insight into what it is like to be a Nitro Circus Athlete, so I highly recommend watching it!

Although Adam LZ is primarily  car based, his BMX YouTube videos still exist, where he has a similar style to Boqer123 with his ‘Webisodes’ videos. He’s essentially the American equivalent to him.

If you love great ‘how-to’ videos and travelling, then we heavily recommend watch his backlog of BMX videos, moreover he also does a lot of car heavy content now, which we also recommend if you’re interested.