RidersVibe is reader-supported. We may earn commission on sales via our links at no extra cost to you. View policies.

The Richest Skateboarders In The World 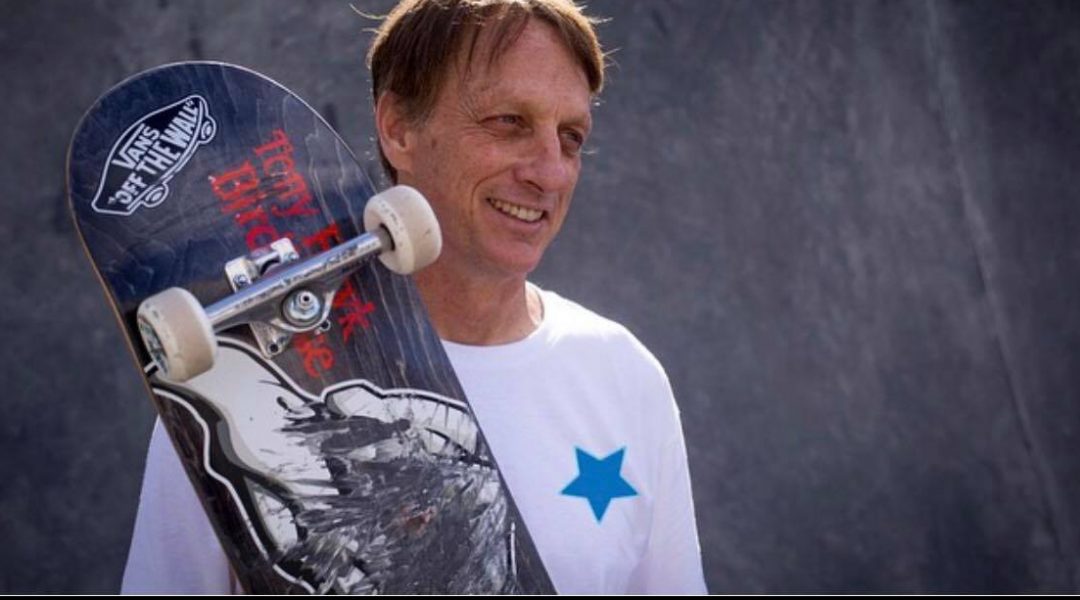 Opposed to contrary belief, skateboarders aren’t losers, some develop huge careers. To become one of the richest skateboarders, requires a lot skill, and is for those who are dedicated.

The richest skateboarders in the world have made a large proportion of their money through competition, sponsorship and having a good business head on them!

To guide you through some of the richest skateboarders, we’ve created a list explaining how they gained notoriety in the skateboard scene, their sponsors and how they made money!

Richest Skateboarders In The World

Tony Hawk is probably one of the most famous skaters on the list, who at 9 years old in San Diego grabbed his first skateboard. From this point started the journey to hi, becoming one of the largest figures in extreme sports and skateboarding across three decades.

Some of his success include his vert skateboarding, with him being Vertical Skating’s World Champion for 12 years in a row. Known from his nickname ‘Birdman’, he’s had his notable moments in skateboard such as being the first skater to preform a 900-degree air trick on a skateboard, in addition to a lot of the competitions he’s won!

Tony Hawk’s also a really good guy, as he’s a philanthropist who started the Tony Hawk Foundation which helps build skate parks across the country! – This helps provides underprivileged kids with a place to skate in their local areas.

It is stated that Tony Hawk’s net worth is around $120 million. This can be down to his skateboarding company called ‘Birdhouse’ and his success in videogames. Tony Hawk has over 17 video games with his name on the cover, which started off in 1999 with Tony Hawk’s Pro Skater!

Next on our list is the skating super-star, Jamie Thomas. Jamie began skating at the age of 11 years old and relocated around 1992 to San Francisco to pursue his career in skateboarding! This was successful as he become pro for a brand called ‘Experience’.

He gained alot of notoriety in the skate scene because of his crazy stunts such as his 18 foot ‘Ollie-Melon’ over a hand rail, which was deemed ‘The Leap of Faith’. He’s widely known as the founder of Zero Skateboards and Fallen Footwear too.

It is stated online from a wide variety of sources online that Jamie Thomas’ net worth is around $50 million, this is due to his amazing entrepreneurship which led him to creating brands such as Zero Skateboards and Fallen Footwear.

One of the most famous current skateboarders on our richest skateboarders list is Rob Dyrdek who is a huge media and philanthropist mogul. Rob Dyrdek began his skating life in Ohio at the age of 11, he got his first sponsorship with the ‘Blender’s’ team. Later down the line he created the infamous skateboard brand Alien Workshop.

Rob’s one of the success stories of a skater who dropped out of school and became and industry leader, as he has a strong partnership with DC Shoes and Silver Trucks. He’s known for his many TV shows which include ‘Rob & Big’, Rob Dyrdek’s Fantasy Factory and Ridiculousness. He’s also broken an amazing 21 Guinness World Records and has a the ‘Rob Dyrdek Foundation’ which works with the Street League Skateboarding.

Rob’s a hard one to figure out because he has his fingers dipped in so many pies, but we’ve concluded from a range of sources that his net worth is around $50 million. This can be due to his ties with many industry leading skateboarding brands and work with successful TV shows.

A lesser known person on our list of richest skateboarders, especially to our younger audience is Rick Howard. Rick Howard was an extremely well-known skater in the 90’s who invented the trick ‘ Rick Flip’ or otherwise known as the ‘Howard Heel’.

In the 2000’s he became very well-known for producing skateboard videos such as in 2007 a film called ‘Fully Flared’. Fun fact, this was actually named the best video by Transworld Skateboarding.

To get down to brass tacks, Rick Howard’s great net worth comes from two little known companies in the skateboard world called Girl Skateboards which he’s a part owner of and a humble skateboard shoe company called Lakai Limited Footwear which has accumulated him a net worth of $45 million.

Another legend of the sport who fits right on our list of the richest skateboarders in the world is Rodney Mullen. Rodney is known as being one of the most influential street skaters in the history of skating.

Rodney is the Godfather of Street skateboarding, who has been a stunt double in many movies such as ‘The Secret Life of Walter Mitty’.

Rodney’s net worth is stated to be around $30 million, this was built through sponsorships, public speaking, video features and double stunt appearances in the film industry.

Bam Margera is probably one of the biggest super-star skaters of the early 2000’s, who is known for being a huge brand ambassador of Element skateboards, in movies such as Jackass and had his own TV show called ‘Viva La Bam’.

Due to his super star status in the early 2000’s, a lot of his friends also became very rich and famous too as Bam was able to launch a successful bar called ‘The Note’, Radio Bam and a record label called Filthly Note Records.

Due to Bam’s success with sponsors such as Element Skateboards and his media empire, his total net worth is estimated to be around $30 million.

One of the largest California natives in the skateboarding world is Stefan Janoski, who you may recognise from the famous Nike SB shoes, the ‘Stefan Janoski’. He was first seen on a world wide scale when he featured in a Plan B video, then worked to a sponsorship to ‘Exxpedition One and then with Nike where he created the famous shoe!

Ultimately, a large proportion of Stefan’s wealth has come through with his sponsors of Nike SB and Habitat Skateboards. On the side he is also a painter and photographer, but skating has helped him greatly to acheive his net worth of around $20 million.

Next on our list of richest skateboarders is Ryan Sheckler who became famous skateboard personality due to his success at the X-Games, where he won three gold medals and because of his huge reality TV show called ‘Life of Ryan’.

Ryan Sheckler is also a huge philanthropist as he has the Sheckler Foundation which he created, that helps assist vulnerable children and recovering athletes. Furthermore he featured in many of Tony Hawk’s skater video games.

Due to Ryan’s hit reality program, sponsors with brands such as Red Bull, Etnies and Plan B, he’s accumulated a net worth of around $15 million.

The next skater on the list of the richest skateboarders is Eric Koston, who you may know for being the owner of ‘The Berrics’, as well as being one of the most popular street skaters of this era.

He’s known well for his work with the ‘Girl’ brand as well as creating Fourstar Clothing and competing first in many competitions such as in the X Games. He’s also feature in the Jackass movies, as well as videogames such as Skate and Tony Hawk’s series.

It is stated from a wide variety of online sources that Eric Koston’s net worth is set around $15 million. This is due to his successful skate cloth brand Fourstar, as well as his large sponsorship deals from Spitfire Wheels, Oakley and Nike.

A final honorable mention on our list is Danny Way, who you have definitely heard of as he’s the skater who jumped over the ‘Great Wall of China’. Other notable successes of his include him being Thrasher Magazine’s Skater of the Year twice and has broken several world records.

Due to Danny Way being a huge pioneer in the world of ‘Megaramps’ he’s become a house hold name in skateboard and its helped him co-found Plan B.

Due to Danny Way’s notoriety in the skate community, he’s been estimated to have a net worth of around $12 million. This can be due to him being a part owner of Plan B and his sponsorships from DC Shoes and Independent Truck Company.